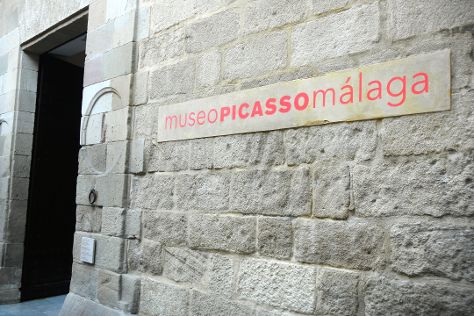 Capital of the Costa del Sol

Modern yet historic, Málaga is a lively city famous for being the birthplace of Pablo Picasso.

Kick off your visit on the 18th (Fri): don't miss a visit to Plaza de la Constitucion Malaga.

To see traveler tips, other places to visit, and more tourist information, you can read our Malaga trip planner.

London, UK to Malaga is an approximately 6-hour flight. You can also take a train; or do a combination of car and train. Traveling from London to Malaga, you'll lose 1 hour due to the time zone difference. Traveling from London in September, things will get a bit warmer in Malaga: highs are around 34°C and lows about 22°C. Cap off your sightseeing on the 19th (Sat) early enough to go by car to Ronda.
more less

Things to do in Malaga

Renowned for its deep gorge, the quaint, whitewashed village of Ronda has preserved its charm as an Andalusian country village.

On your second day here, admire the local landmark of Plaza del Socorro, don't miss a visit to Casa Don Bosco, take in breathtaking views at El Tajo de Ronda, then steep yourself in history at Casa Del Rey Moro, and finally wander the streets of Old City.

To see traveler tips, ratings, more things to do, and more tourist information, go to the Ronda travel planner.

You can drive from Malaga to Ronda in 2 hours. Alternatively, you can take a bus; or take a train. In September, daytime highs in Ronda are 36°C, while nighttime lows are 20°C. Finish your sightseeing early on the 22nd (Tue) to allow enough time to drive to Granada.
more less

Things to do in Ronda

Granada boasts numerous well-preserved examples of exquisite Moorish architecture, not the least of which is the Alhambra, an ancient citadel and royal palace.

You can drive from Ronda to Granada in 2.5 hours. Other options are to take a train; or take a bus. In September, Granada is a bit cooler than Ronda - with highs of 32°C and lows of 17°C. Wrap up your sightseeing on the 24th (Thu) early enough to drive to Alicante.
more less

Things to do in Granada

©
Court of the Lions 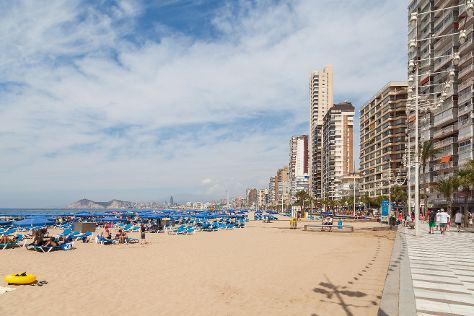 As Valencia’s second largest city and one of the most well-known along the Costa Blanca, Alicante has an enchanting atmosphere that blends rich history with animated beach life.

To find maps, other places to visit, more things to do, and tourist information, go to the Alicante trip itinerary maker site.

Drive from Granada to Alicante in 3.5 hours. Alternatively, you can fly; or take a bus. Traveling from Granada in September, you can expect nighttime temperatures to be a bit warmer in Alicante, with lows of 22°C. Wrap up your sightseeing by early afternoon on the 27th (Sun) to allow enough time to travel back home.
more less

Things to do in Alicante